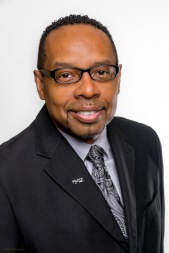 Glenn D. Bone, III has been the Pastor of the Good Seed Ministries based in the Chicago, IL for over 14 years, Pastor Glenn as he is known served as the Senior Pastor of the GSM. Pastor Glenn has worked in ministries throughout Chicago and the US as a ministry leader and Financial Advisor.

Good Seed Ministries, which began 14 years ago with 8 members, has grown by leaps and bounds in just 2 years under his leadership. He applied the principles taught from Pastor Rick Warren the author of the book “The Purpose Driven Life” and was awarded the prestigious “Church Health Award” awarded to Good Seed Ministries in 2005.  This award was given to only 66 churches worldwide.

Pastor Bone was a Financial Planner and had over 15 years of securities and financial experience, having worked in the mortgage and financing industry in Chicago as well as in Monterey, California. Pastor Bone served in the US Army at Fort Ord. as an Infantry Soldier.

Pastor Bone received his formal education in finance from Roosevelt University as well as Monterey Peninsula College in California.  In conjunction with the College of Financial Planning in Denver, Colorado, he attended Roosevelt University in Chicago to obtain the CFP designation.  He also held insurance and securities licenses in Illinois.

Pastor Bone was a Lecturer for the Chicago City Colleges where he taught financial planning and Internet classes in the Adult Education Program.  He is a frequent speaker for businesses, community groups, investment clubs, chambers of commerce, colleges, and churches where he presents seminars on over 39 financial topics.  He also served as the Program Director of the $martkids Financial Literacy Program that has worked with over 6000 students in the City of Chicago and Pasadena Unified School District in Los Angeles, California teaching financial literacy to our next generation.

Pastor Bone has been a guest on several radio and television programs in Chicago as well as in California. Pastor Bone has been the host of a weekly radio show “Sowing Seeds” which is heard weekly on AM1570 in Chicago. Glenn has been a staff writer for the Windy City Word Newspaper.  His articles were offered nationwide to the 200 Newspapers nationwide through the NNPA and the Internet.

Glenn is married to Carla K. Bone for 21 years and the proud father to five children, Glenn IV, Gionne, Dorian, Malachia, and Glenndon, and 3 granddaughters and two grandsons.

Now, Pastor Glenn D. Bone III is embarking on a new journey serving as the International Mission Pastor for New Seasons Church Chicago and Missions Pastor for Uganda at Bayview Baptist Church. Pastor Glenn also serves as a Purpose Driven Church Trainer and Regional Director working under the direction of “Purpose Driven” at Saddleback Church in California.  Pastor Glenn is humbled by the new assignment and journey God is leading him to.  Pastor Glenn’s life verse is a true depiction of his life found in 1 Corinthians 15:58 (ESV) Therefore, my beloved brothers, be steadfast, immovable, always abounding in the work of the Lord, knowing that in the Lord your labor is not in vain.

Carla is the president of CK Bone Ministries Inc.  a ministry that bring hope to hurting women. Carla is a 20+ year survivor of domestic violence who attributes her strength and perseverance to God based on the scripture, Isaiah 53:4-5.  Carla has dedicated her life to helping hurting women who are where she once was.  Through her phenomenal method of teaching she has been successful in connecting to hurting women. Carla is the author of her first book entitled “Why me?” Soon to be released.

Why Me is a book that journey through her life experiences sharing with others how to overcome obstacles in life, ultimately living a life of purpose.  Carla also serves as the Board of Director Chairman for New Seasons Church Chicago under the direction of Her Pastor, Pastor Elvin Ferguson.  She also serves on the Board of Directors for Good Seed Ministries International Inc. Her leadership Background includes; biblical expository teaching, adult and youth motivational speaking, creative planning; baptism, children’s ministry, women’s ministry, Financial ministry, and non-for-profit board training and development.

Carla is also President and CEO of Connection’s Enterprises Inc. Mrs. Carla K. Bone has served over 17 years as a licensed FSS (financial service specialist) with experience in finance and business ventures.  Carla held her license in Illinois with over a million dollars in assets under management and Real estate investment ventures. Carla has served six years on the Board of Directors for Chicago Family Health Centers, a non-for-profit healthcare organization with five clinics throughout the city of Chicago and received her certification for non-for-profit Board development through IPHCA. Carla has worked alongside her Husband Pastor Glenn D. Bone III for over 21 years and recently embarked on a new journey with him leading her to Uganda, Africa as part of a mission’s team to help implement Purpose Driven church system throughout the churches in Uganda.

Carla received her formal education from Phillips College where she majored in business administration and accounting.  Carla has been the featured speaker for Sarah’s Inn, Center for Prevention, Family Rescue, Bradley University, and many churches, organizations, schools, and townships.

Carla is married to Pastor Glenn D. Bone III for 21 years, and is the proud mother of two children, Malachia and Glenndon and three wonderful sons, Glenn, Gionne, and Dorian and five wonderful grandchildren.